Ryan Liu on Transferring to Yale 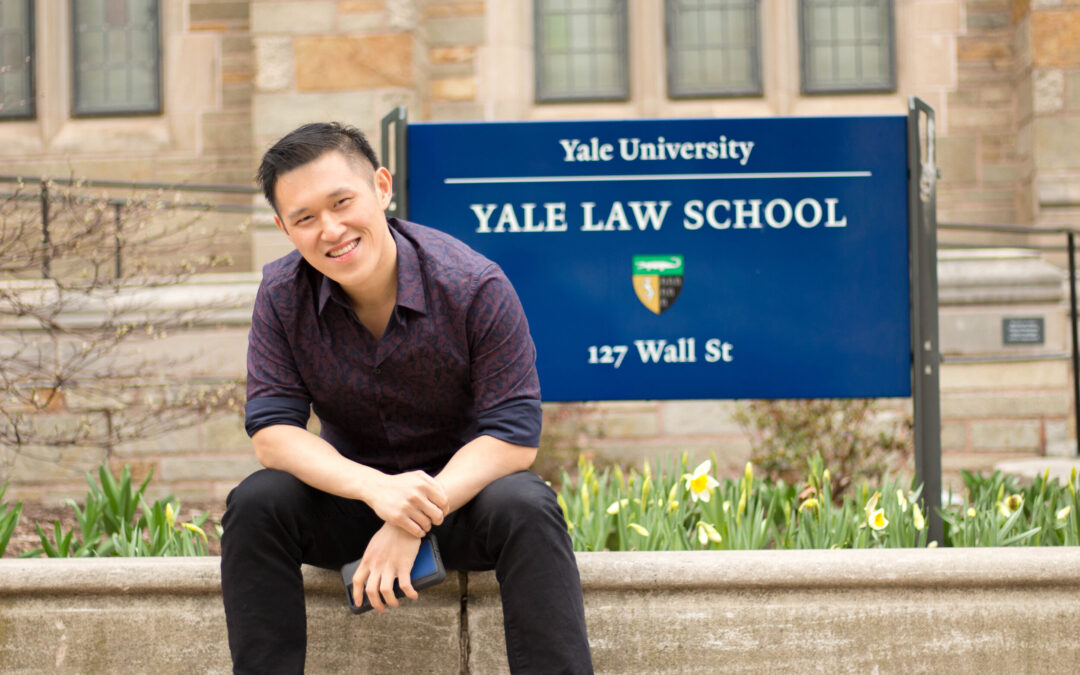 Ryan Liu is currently pursuing his JD at Yale University. After graduating as the valedictorian of his class at Pasadena City College in California, Ryan transferred to Yale and completed a Bachelor’s in Political Science. From there, he went on to receive a Master’s in Education at the University of Oxford in the United Kingdom.

Why did you choose to go to a community college?

I am a first-generation college student. My mother escaped the Cambodian genocide, and my father is an immigrant from Argentina. I was the first in my family to consider going to college. When I was in high school, I knew that I wanted to go to college, I just wasn’t sure how I was going to finance it. I applied and was accepted to several universities out of high school—and I even went as far as enrolling in one of them. But when I got the first bill the summer before I was supposed to start, I freaked out at the cost. I drove to the college and unenrolled, then drove straight to my community college and enrolled there instead.

When I started at Pasadena City College (PCC) in the summer of 2013, I had planned to just put my head down, get all my work done, and transfer as soon as I could. I am really glad I didn’t do that. I met a ton of different people from all sorts of backgrounds—veterans, parents, and folks who were formerly incarcerated and starting new lives for themselves. I began to get a different perspective on just how important higher education really is, which later prompted me to get my Master’s in Education at Oxford.

Can you talk a bit about your transfer experience? What made you decide to go to Yale? How did you prepare for that?

When I first started community college, I didn’t even know that you could transfer to an Ivy League. I only found out because I was researching transfer advice online and found a story about a UCLA student who transferred to Yale. On the day the application to the Ivies was due, I asked my parents which one I should apply for: Harvard or Yale. It was a toss-up. I picked Yale because the application had one less essay, and then kind of forgot I had applied. Funnily enough, on my community college’s graduation day, right before I was about to give the valedictorian speech, I got an email from Yale saying I was accepted. When I told my dad, he asked, “What’s Yale?”

When I got there, I was one of three community college transfers in my year. I have gone back and spoken about my transfer experience many times at my community college and, since then, two students from PCC have transferred to Yale. Before me, the last person to transfer to Yale had done so in the 1960s. It just goes to show that people need information about these opportunities.

Did you have any difficulties upon transferring?

There was definitely an element of culture shock and the weather in Connecticut took some adjusting to. Any transfer experience can be disruptive, as you’re packing up and moving halfway through your education. To many people at Yale, I was the only community college student they knew.

I remember one day I showed up to campus and everyone was wearing a suit and I had no idea why people were so dressed up. I soon learned it was fall recruiting for finance and consulting companies. The academic adjustment was difficult too.

Did you apply for any scholarships?

I received the Jack Kent Cooke Foundation Scholarship for both my undergraduate and graduate degree programs. I also applied for the Rhodes Scholarship because my senior thesis advisor was a Rhodes Scholar. I was a finalist but didn’t end up getting it. However, by the time I had completed the application for Rhodes, I basically had a grad school application to Oxford ready and decided to just apply directly. I wish someone told me to apply to as many scholarships as you can if you’re interested in getting your master’s abroad because I would have done that. And if you don’t get the scholarships you want, don’t forget you can always apply to the school directly and sometimes they have institutional scholarships.

What are you up to now?

I am in my second year at Yale Law School and am broadly interested in working in impact litigation and public policy after I graduate. Currently, I work at the Veteran Legal Services Clinic helping veterans get the benefits and rights from the government that they deserve. I’ve found it to be a really intersectional experience, as many underserved minority communities end up joining the military. The Clinic helps to meet the various needs of veterans that many people often forget about—even with all the rhetoric in politics of the importance of supporting our troops.

What advice do you have for those applying to internships?

Many people don’t know that there are fellowships that will pay for you to do internships. I was an intern on the Hill the summer after my first year at community college. I realized early on that all of the other interns came from prestigious universities, and I was the only one from a community college. There is a cyclical effect when only certain groups of people from certain schools are getting internships like that. These internships help them to get other positions, and they prop up only the people who come from similar backgrounds to themselves. I mean, just look at where all the Supreme Court Justices went to law school. It points to the fact that it is rare for someone from my background to be in the halls of power. We need to make sure more diverse applicants are selected to go to these prestigious schools.

There are plenty of internships available even for community college students—you don’t need to transfer in order to get experience in your field. Sometimes, community college students will self-select out because they don’t see their own value. Go to the university near you and knock on doors. Ask professors if they need help with their research. It might not be a lot, but it’s a way to get your foot in the door.

For any application, letters of recommendation are really important. Get to know your professors and ask them why they are teaching at community college. It’s usually because they love teaching and interacting with students.

Remember that your peers are amazing resources! There are so many people with diverse life experiences that you can learn from at community college. They are a wealth of resources, so don’t forget to look around you!