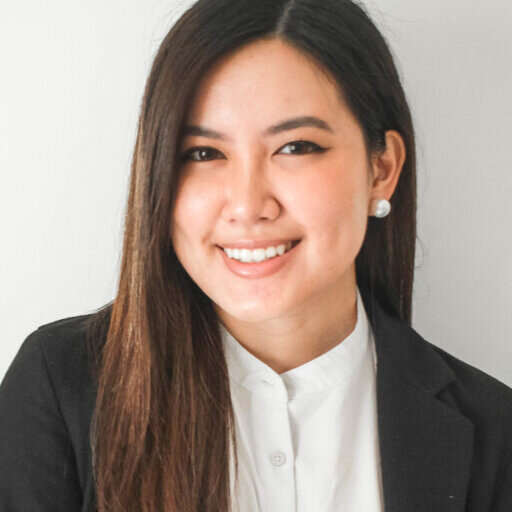 Can you tell me a little about your transfer experience?

I started my college career at the University of Portland, which is a small Catholic school with 3,600 undergraduates. I was actually the only economics student in my grade. I loved it there, and I was able to try things and grow as a person. However, I realized that the small school environment wasn’t exactly what I wanted, and I needed more support in my major.

Over time, I became more interested in the International Relations world. I transferred to Georgetown University in my sophomore year, and the school really opened my eyes to a career in the Foreign Service.

Did you have any difficulties as a transfer student?

There is a clear social capital that comes with the name of an elite school. People started taking me more seriously and responding to my networking emails because I had a Georgetown email address. I wondered, “Am I a different person than I was before I transferred to Georgetown?” It made me wonder if the “me” at the University of Portland wasn’t enough, which is silly looking back at it now, but it definitely felt like people were more attracted to the name brand of a school. My biggest difficulty was constantly doubting myself, since I didn’t get into Georgetown out of high school.

Doing the freshman experience again was also difficult. During freshman year, everyone wanted to make friends, but by sophomore year, people are more settled into their friend groups and aren’t necessarily looking for new people to hang out with. There is also a stigma surrounded with transferring. I experienced “impostor syndrome” and started doubting my intelligence and abilities, which is a common sentiment felt by a lot of women of color. At Georgetown, I had entered a new world. I had not come from boarding schools like many of my peers had, and by no means had any family connections worth talking about.

However, I’ve never regretted transferring. My transfer experience was incredibly important to me. I was directionless in high school, and transferring allowed me to have time to figure out what I wanted to do and who I wanted to be.

How were you able to find community after you transferred?

I was able to find community in clubs. I worked in community service clubs and found those with similar community-minded values. I also worked with Moneythink Georgetown, teaching financial literacy in Spanish to economically disadvantaged high schoolers. I was the Secretary of the Filipino Club, and I joined the tour guide society as a university tour guide. I was also a part of Georgetown ESCAPE, a retreat for first-year students. When I was a new transfer, the retreat really allowed me to make close connections, so I decided to come back the next year in a leadership role, hoping I could facilitate other people finding their home at Georgetown.

Can you tell me a bit about your CLS in Indonesia?

I actually heard about CLS from a friend while we were cooking spam one night. It’s a two-month fully immersive summer language program, meaning you can’t speak any English while you’re there. During the first two weeks with my host family, I was just speaking to my host mom in charades and Pictionary. By the end of my time, I was able to communicate with her in her own language at the intermediate-high proficiency level. CLS emphasizes cultural connections, so I got to go on many field trips around Indonesia as well!

You also did a Boren Scholarship in Indonesia. What was that experience like?

Boren is a one-year program that requires you to work in the government after its completion, specifically in the Defense Department, although you can work in other Departments as well, such as State, or in other organizations like USAID. It is funded by the Department of Defense and has a national security focus, while CLS has more of a cultural focus. In my application prompt, I had to explain why Indonesia was important to national security. I talked about sustainable development—since Indonesia is the second largest producer of ocean pollution in the world—and the dangers of palm oil production.

My Boren’s language component was six months long, and was a part of the Boren IFLI program, or the Indonesian Flagship Language Initiative. Afterwards,  you can choose to continue language study or do something else. I decided I wanted to work, so I applied to a think tank called the Foreign Policy Community Indonesia. I used Indonesian every day in the office, which was a very different type of Indonesian than the one I learned in textbooks since day-to-day language is more colloquial.

Do you have any advice for transfer students?

I think the biggest mistake you can make as a transfer student is not knowing enough information and not having the right resources. International scholarships put out a lot of resources—CLS has regular webinars and lots of information on how to build a competitive application. I now read applications for CLS, and many of the applicants I come across aren’t familiar with the purpose of the program. That type of knowledge is crucial to getting the scholarships that you want.

Also, as much as I hate to say it, networking is essential! Message people on LinkedIn. Seek out mentorship. The people in the international exchange community are super open and willing to talk with you. Don’t be afraid to reach out!